Great resources for those learning - or practicing - neurology and neuroscience

Check out our new section on Neurology in Access Medicine!  Textbooks and more!

A History of the Prefrontal Cortex

Prefrontal cortex (PFC), latest evolutionary addition to the mammalian brain, especially the human, has long been known to endow qualities that differentiate human beings from all other animals. Yet the clinicians considered it "a silent" area in the absence of clinically discernable neurological deficits following its damage. As late as 1975, Penfield who pioneered the mapping of the cortex in conscious, cooperative human beings undergoing surgery for epilepsy, called the PFC as uncommitted cortex. He observed that unlike sensory (which included visual and auditory) and motor convolutions, which are committed to function at birth, "some of the convolutions that are used eventually for what may be called psychical functions are uncommitted to their exact function at the time of birth." Even though as early as 1935, Penfield and Evans had reported that, a major removal of the anterior portion of the frontal lobe results in "a defect in the patient's capacity for planned initiatives." He found that the spontaneous electrical discharges responsible for epilepsy, "if it occurs in the so called silent area of the cortex, there may be no manifestation."

No doubt the motor functions of the prefrontal gyrus and the frontal eye field just anterior to it, the supplementary motor area on the medical surface and the role of the Broca's area in the left inferior frontal gyrus have also been known for a long time. However, the role of frontal lobe, in memory, thought, emotions, judgement and social behavior has been delineated only recently.

The role frontal lobes played in psychical functions elaborated by Fulton led Egaz Moniz to advocate frontal lobotomy for treatment of mental illness. Thus, the important role of the PFC in cognition was suspected for a long time, but its detailed nature and the neural basis responsible for it had remained a mystery.

PFC was for some years known to perform executive function, but now it has been demonstrated that its functions include the ability to organize behavioral response to solve a complex problem (including the strategies used in learning new information and systematically searching memory), generating motor programs and using verbal skill to guide behavior.

In addition, PFC has been found to be involved in a variety of other behaviors e.g. moral judgement, laughter and appreciation of jokes,  evaluating rewards and judging its fairness or otherwise, awareness, temperament, meditation.

Although there are no absolute boundaries between the different regions of the frontal lobe, on the basis of their structure, connectivity and dominant functions it is best to divide it into three components, e.g. dorsolateral prefrontal cortex (DLPFC), ventromedial prefrontal cortex and basifrontal or orbitofrontal cortex.

Evidence from neuropsychological, electrophysiological and functional neuroimaging suggests a critical role for DLPFC in executive control for goal directed behavior. In addition, its role in short-term or working memory has been known for quite some time. However, recent fMRI studies have revealed its importance in strategies used in learning new information and systematically searching and activation of remote memories.  There is growing evidence that LPFC is involved in a number of other cognitive functions like focused and sustained attention, planning and regulation of adaptive behavior,  distributive justice.

In contrast, the MPFC, which constitutes an integral part of the "Limbic System" plays an important role in regulation of emotions owing to its bidirectional connections with amygdala.  The nucleus accumbens, situated below the genu of the corpus callosum is a significant part of the reward circuit and hence concerned with eating, sex and drug addiction. In addition the PFC plays an important role in social cognition, contributes to the "Theory of Mind," in human awareness and feeling of self.

These observations are not just of academic interest but are being already utilized for therapeutic purpose like deep brain stimulation for depression and obsessive compulsive disorder or cingulotomy for addiction.

Thus, far from being "silent," "uncommitted" or simply responsible for ill-defined "psychical functions," the PFC is comprised of a set of control systems, each with its separate target.  As their connectivities indicate, different prefrontal areas control different activities that are separately localized. In the words of Kinsbourne,  "human forebrain is exquisitely functionally differentiated and yet quite integrated." Common regions of the human frontal lobe are recruited by diverse cognitive demands.

From Prakash Narain Tandon's article "Not So Silent: The Human Prefrontal Cortex" in the journal Neurology India. 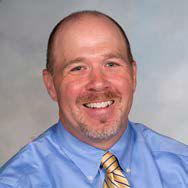 Looking for the required and recommended textbooks for the SOM class?  Go to this guide: